The Players of the Game Saga is my epic science fantasy novel series.

A disparate group of heroes must come together across multiple worlds in order to defeat a godlike master manipulator who toys with them in a twisted Game that has embroiled all of reality.

Book 6: Roads to the Irrealm.  Out later. 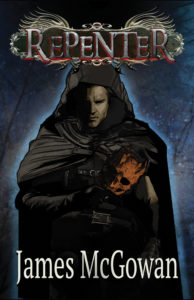