Still plugging away at Book 4.  Up to page 155.  It’s a scene where the assembled protagonists: Ed, Ashe, Avril, Harry, Xax, Tamona, and Candice all meet Vurg before embarking on a journey through a subterranean sea on their way to an extra-dimensional prison break.

I also spoke to some other self-publishing authors, Kent Sievers and Victorine Lieske, and got a lot of great info.  More to come on that topic, hopefully soon.

With other media consumption:

I played the hell out of Darkest Dungeon a few months back.  Totally fun and addictive game.  It was a giant time sink, but I enjoyed it oodles.

“Blood, Sweat, and Pixels” by Jason Schreier gives a very interesting look into the madness involved in putting together a video game.  I had no idea that the Shovel Knight team initially had a so-so Kickstarter campaign.  Very interesting read and makes me very disinclined to get into the video game industry.  There appears to be a horrific work-live balance culture through all levels of that industry.

I binged the Tick’s second half of season 1.  Not quite as absurd as the cartoon or comics, but MILES better than the first live action show.  I liked it plenty.  Tick even whispered Spoon, but I crave a full throated battle cry of SPOON!  While were at it I effing need Cap to yell out AVENGERS ASSEMBLE! in the Infinity War movie.  I NEED IT.  But I don’t know if I’ll get it.  A man can dream.

We are back online.  Thanks to Nick Nielsen for helping put this humpty back together again.

The trains may not be on time.  But they’re a runnin’, boys and girls.

Buy the Players of the Game Series- Coming Soon on Kindle! 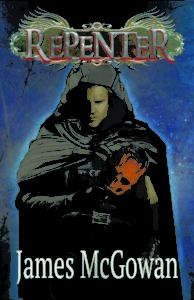